Fayette’s Will Brown (15) made a nice gain after catching a pass.

Fayette quarterback Blake Johnson completed three touchdown passes and Dylan Schloerb ran for an additional touchdown within the first 15 minutes of playing time as Fayette cruised to a 28-0 victory over Oak Grove.

Colton Cunningham (6) is shown running the ball for Berry as Gabe Jones (9) blocks.

Homecoming is always a special time of year and this year was no different. The alumni that returned to Berry High School were treated to a game of two very different halves. A last minute touchdown by the Red Raiders in regulation would send the game to overtime, and despite a valiant effort from the Wildcats, Marion County won 20-14.

The Lions returned to Wiley Hollingsworth Stadium to face-off with the Meek Tigers in a region game. Meek won the coin toss, electing to defer. Austin Berryhill made the reception on the opening kick, setting the Lions’ offensive front up at the 39-yard line.

Pictured are several of the area youths and adult leaders who heard former University of Alabama and NFL star Rashad Johnson speak at Mayfair Manor.

Rashad Johnson, a former University of Alabama and NFL football player, spoke to several youths in Fayette on Thursday, Sept. 9 at Mayfair Manor in Fayette. Mayfair Manor Resident Manager Virettia Whiteside arranged for Johnson’s appearance, and local resident Floyd Rogers introduced Johnson to the crowd. Johnson said that he was a walk-on when he first arrived as a student-athlete at the University of Alabama. He played his high school football at Sulligent High School, and only had scholarship offers from The Citadel and the University of North Alabama. 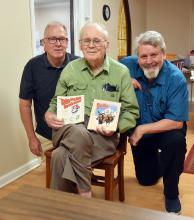 Shown with Clayton O’Mary (holding his books) is his sons Gary O’Mary (left) and Tom O’Mary.

A former Fayette County resident recently wrote and published his second book - as he was approaching his 100th birthday. (He is now 101). Clayton O’Mary was born on Aug. 10, 1920, grew up in the Hubbertville Community, and finished high school at Hubbertville in 1939. He attended Berry College in Rome, Ga. following high school, before joining the Army and later transferring to the Air Force during World War II.

Pictured is a worker placing the tiles on the roof of the Fayette First United Methodist Church.

After 100 years, the congregation at the Fayette First United Methodist Church decided it might be time to replace the church roof. The church was built in 1921 and with the exception of a few tiles that had to be replaced because of damage, the roof on the church was still the original roof from the year the structure was built. 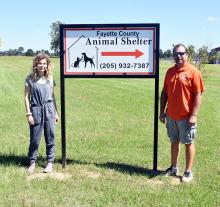 Lucy Spear is shown with Fayette County Animal Shelter Director Phil Holliman with one of the two signs that Spear made as part of her project to earn her Eagle Scout designation. 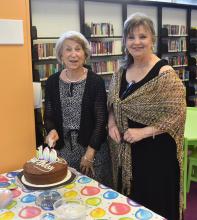 In March 1921, a group of very forward thinking ladies met for the first time for the sole purpose of helping to establish a permanent library in the City of Fayette. Toni Robertson, during a presentation at the Fayette Memorial Library on Sept. 9, said that someone suggested they call their newly established club the “Progress Club.” The name stuck, and so did the ladies’ determination to establish a library.

Hollis Strawbridge (24) is shown attempting to make a catch against Curry.

The Fayette Tigers traveled to Curry last Friday night and defeated the Yellow Jackets 48-0 to record its 700th all-time football win. The Tigers are the second team to reach the 700th win milestone, with T.R. Miller recording its 700th victory last week. 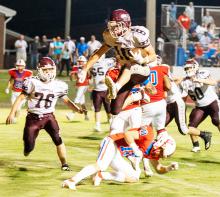 The move of Coach Caleb Hynds from Berry to Hubbertville during the off-season increased the tension and excitement of this year’s football game betwen the two cross-county rivals. It would be difficult for any game to live up to the hype leading into the 80th meeting between the two schools, but for the fans in attendance at Fred Webster stadium, it was one of the most exciting games ever, with Berry winning 8-6. 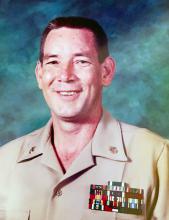 On Sept. 11, 2001, the most horrific terrorist attack ever on American soil was conducted. It all happened in approximately one and a half hours, yet the impact from those events is still felt today, especially approaching the 20th anniversary of the attacks. A total of 2,996 people lost their lives in the four attacks from hijackers of commercial planes. Thousands others suffered physical injury, and many thousands more have been emotionally scarred forever from the events. Erika Hollis is shown addressing the Fayette Zoning Board of Adjustments.

The Fayette County Commission approved its 2022 “Rebuild Alabama” Transportation Plan at its Aug. 30 meeting. All commissioners were present, with the Commission 1 position being vacant.

Pictured is C-Plus, the headline entertainment group for the 2021 Fayette Arts Festival.

C-Plus, a local band with a big band orchestra sound, will be performing this year as the headline entertainment group at the 51st Fayette Arts Festival, to be held on Saturday, Sept. 11 in Guthrie Smith Park in Fayette. 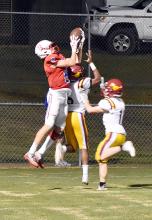 Colton Cunningham (6) caught this pass over two South Lamar defenders for a touchdown.

The Berry Wildcats were seeking to pick up its first win of the season as they hosted the South Lamar Stallions. Although the game was riddled with penalties for both teams,  untimely penalties and turnovers by the Wildcats ultimately helped to lead the Stallions to a 36–20 victory.

Greyson Key (21) is shown running the ball for Hubbertville.

Hubbertville welcomed the Pickens County Tornadoes to Wiley Hollingsworth Stadium last Friday for the first regional game of the season. Winning the coin toss, the Tornadoes elected to receive the opening kick.

A two-vehicle accident on Aug. 25 claimed the life of a Fayette County resident.

A two-vehicle accident that occurred at approximately 10:18 a.m. on Wednesday, Aug. 25 claimed the life of a Bankston woman. Gwen “Judy” Halbrook, 79, was killed when the 2005 Hyundai Sonata she was driving collided with a 2010 Dodge Ram that crossed the centerline and came into her lane of travel. The Ram was driven by Daniel Wilson, 52, of Fayette. Halbrook was pronounced dead at the scene. Tom Jenkins is shown addressing the Fayette City Council at its Aug. 24 meeting concerning ADA violations throughout the city.

Local citizen and business owner Tom Jenkins addressed the Fayette City Council concerning Americans with Disabilities (ADA) violations at its Aug. 24 meeting. All council members were present for the meeting. Before the meeting began, Owen Sweatt led those in attendance in prayer, and veteran Jimmy Campbell led the Pledge of Allegiance.

The 51st Fayette Arts Festival will take place on Saturday, Sept. 11 from 9 a.m. – 3 p.m. at Fayette’s beautiful Guthrie Smith Park on Highway 43 North. The Fayette Arts Festival is the longest-running festival in the State of Alabama, and attracts many artists and visitors from the entire southeast.