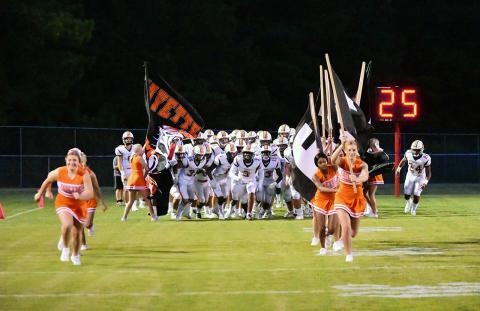 The Fayette Tigers are shown taking the field prior to a game last season.

The Fayette County High School Tigers begin this 2021 football season on the threshold of achieving a milestone football victory that has never been accomplished by any other high school football team in Alabama – 700 wins. Fayette began the chase last season and after winning three games in a row, it appeared that the Tigers were destined to reach the milestone in 2020. However, the 700-win mark proved to be elusive, as Fayette lost its final five games of the season to finish one game short of the mark. Meanwhile T.R. Miller, the school that Fayette defeated to win its only state championship in 1996, started last season with 689 wins and closed the gap between the two schools quickly. Entering this season, Fayette has 699 wins and T.R. Miller has 698.