Fayette County’s 21st March for Jesus celebration and prayer rally will be held Saturday, May 19. The event has been held in Fayette each year since 1997, with the exception of 2003. Organizers for the annual March for Jesus rally are selling t-shirts for this year’s event. Orders will be taken through April 22 and are priced as follows: Youth Small through Adult XL will be $7 each and 2XL through 4XL will be $9 each.

The Fayette County Board of Education approved a contract for law enforcement security during a brief meeting held on March 13. Prior to the start of the meeting, a group of Fayette Middle School students, led by Natalyn Burkhalter, gave a presentation to the board. The board voted to contract with the Fayette Police Department and the Fayette County Sheriff Department to provide the security at the recommendation of FCHS principal Jeremy Madden. The security will be paid for with money provided by the Fayette County High School general fund.

The Bevill Bears traveled to Alexander City to face Central Alabama Community College (CACC) for two games with mixed results, splitting the two-game set. The Bears rallied late to defeat Central Alabama Community College 6-5 on Thursday March 22. Brewer opened the scoring in the first when Brandon Rickman reached on a fielder’s choice and scored on a CACC error for a 1-0 lead. After CACC scored two in the second inning, BSCC tied it up in the third when Brady Milligan scored on Walker Nolen’s double.

The Fayette Tigers baseball team defeated the South Lamar Stallions 11-1 in a game played Friday, March 23. Fayette scored one run in the first inning on a RBI groundout by Carter Sanford, before increasing its lead in the fifth inning with four additional runs. Sanford, Luke Avery, Chance Stevenson and Brett Linton each had RBIs in the inning for the Tigers. Linton was the winning pitcher for Fayette, allowing one run on only four hits in seven innings of work. Linton also struck out six South Lamar batters and did not allow a walk in the game.

James Gregory Garrett, 43, of Hoover was arrested on March 9 and charged with murder in connection with the March 28, 2017 vehicular deaths of Billy Ray Massey and Carolyn Massey of Double Springs.

The Fayette City Council heard a report from Chris Champion, Fayette Aquatic Center director, during its March 13 meeting. All council members were in attendance, with Fayette Mayor Ray Nelson absent. President Pro Tem Cedric Wilson presided over the meeting during the absence of Nelson. 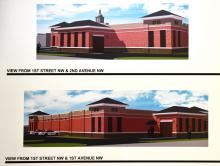 Shown are architect Jim Berry’s conceptual drawings depicting the design of the new jail. The commission accepted bids at its March 12 meeting and the site prep work should begin soon.

This year’s 5K had 78 participants and the Fun Run had more than 20 runners participate. Shown in the picture are the 5K participants at the start of the race.

The Fayette Medical Center presented its third annual 5K and Fun Run on Saturday, March 10. The event was started to highlight March as National Nutrition Month. The theme of this year’s run was “Shape a Happier You” to emphasize the importance of nutrition and fitness. Each year the funds raised from the run help fund scholarships to local students and also help the local hospital volunteer auxiliary. 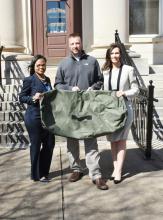 The Glen Allen Town Council held its regularly scheduled meeting on Tuesday, March 6 at the town’s community center. Mayor Allen Dunavant welcomed political candidates whom had requested an opportunity to address the council during the meeting. Each candidate was allotted a five-minute time period to present their platforms and following their presentations, the council presented questions and discussed concerns with each candidate.

The Bevill Bears hosted Coastal Alabama of Bay Minette and swept a double-header by the scores of 5-3 and 4-3. In the first game, Bevill State took an early 3-0 lead over Coastal AL and held on for a 5-3 victory. The Bears scored three in the first inning on a groundout by Turner Shankles, a single by Austin Spann, and a fielders’ choice by Brandon Rickman to take a 3-0 lead. Bevill added the other two runs in the second inning on another single by Spann and a sacrifice fly from Jakob Box.

The Hubbertville Lady Lions won its only two games of the week, defeating Hackleburg 13-0 and beating Pickens County 11-1. Emma Nichols pitched a complete game shutout on March 12 against Hackleburg allowing no runs and only one hit while striking out seven batters and walking none. Chelsea Porter was three-for-four for Hubbertville, with two runs scored and an RBI. Kayla Tidwell also had three hits in four at-bats and drove in two runs. Laikyn Wright had two hits for the Lady Lions, scoring three runs and driving in a run.

The Fayette Tigers took a three game series against Hamilton last week before later falling to Bibb County On March 13, Blake Wallace had a four-RBI game to lead Fayette to a 13-2 victory.
The big inning for the Tigers was the third inning, when Fayette scored seven runs thanks to RBIs by Wallace, Reid Bryan, Luke Avery, Carter Sanford and Chance Stevenson. Sanford was the winning pitcher for Fayette, allowing two runs on seven hits and striking out six in five innings of work. 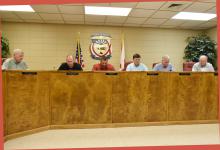 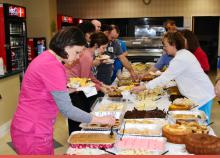