The Belk Town Council held its March monthly meeting a week early because of a pending medical issue involving Mayor Mike Ellison. All council members were present. The council addressed the appointment of a Mayor Pro Tem to serve in the absence of the mayor. The council approved the appointment of Bill Davis as Mayor Pro Tem for the Town of Belk. The council voted to purchase a tractor from Freeman Tractor Sales in Fayette. The cost of the Mahindra tractor was $22,430. 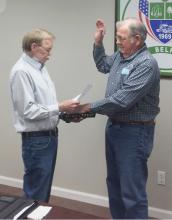 Belk Mayor Mike Ellison is shown administering the oath of office to new Councilman Joe Waldrop at the beginning of the Feb. 9 council meeting. A stalwart member of the Belk community beginning her eighth term on the Belk Town Council passed away on Friday, Dec. 18 after losing her battle with the COVID-19 virus. Jeannie Hollingsworth, age 69 of Belk, had been visiting with her daughter Dana Hollingsworth in Charlottesville, Va. during Thanksgiving week when she became ill and was taken to the hospital. Dana Hollingsworth said that her mother was admitted to the hospital with “COVID-related symptoms” from which she never recovered. 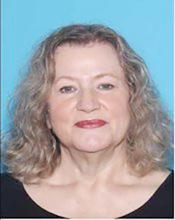 A Belk woman who had been missing since Saturday, Dec. 5, was found safe in the City of Tuscaloosa on Monday, Dec. 7. According to the Fayette County Sheriff’s Office, Marilyn Watkins, 70, was last seen at approximately 11 a.m. at her home in Belk. She had reportedly left her home driving a 2012 Infinity G37. Law enforcement authorities issued an alert because Watkins was thought to have a medical condition that might impair her judgment while traveling alone. Fayette County Sheriff Byron Yerby said that there were reports of her being seen in the Tuscaloosa area on Sunday, Dec. 6.

The Belk Town Council held its first monthly meeting following this year’s qualifying and election cycle. All members of the council were present for the Nov. 10 meeting. The council members officially took their respective oaths of office on Nov. 2. The members of the council are as follows: Sherry Spack, Place 1; Bill Davis, Place 2; Karen Strickland, Place 3; and Jeannie Hollingsworth, Place 4. Mike Ellison is the mayor of Belk. The Belk Volunteer Fire Department held its official dedication for its heliport on Sunday, Oct. 4. Belk VFD Chief Charlie Dale Jones had a vision to build the pad, along with other members of the fire department. That vision became a reality when the heliport was completed in Oct. 2018.
The need for the landing pad was quickly realized when an employee at the nearby Georgia Pacific facility was seriously injured in Dec. 2018. Air Evac used the landing pad to transport the employee to a medical facility for treatment. 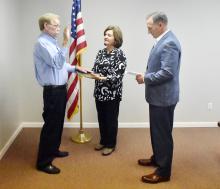 Mike Ellison was sworn-in as the new mayor of Belk on June 15, replacing Ronnald Waldrop who resigned due to health reasons. Ellison previously served as mayor of Belk from 1992-98. 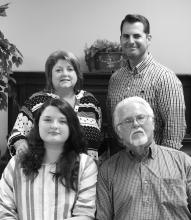 Shown is the gospel group, The New Revivers.

A Southern Gospel Concert at Belk Community Center will be on August 1 at 6:30 p.m. The featured group will be The New Revivers from Columbus, Miss., with Don Pennington,  Ryan Musgrove, Michelle Tucker,  and Michelle Tucker’s daughter, Lynn Tucker.

Shown are the remains of two vacant mobile homes that burned in the Belk community on May 30. The cause of the fire remains under investigation.

The Fayette Fire Department, along with the Belk Volunteer Fire Department, responded to a fully-involved fire on County Road 6 in Belk on Thursday, May 30 at approximately 12:50 p.m.
Fayette Fire Chief Shannon Taylor said that two vacant mobile homes were fully engulfed in flames at the time of his department’s arrival. He said that the fire departments contained the fire to the area of the mobile homes and prevented the fire from spreading to the nearby woods.