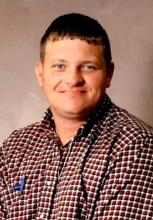 He was preceded in death by his father, Glendon Heathcock; and grandparents, Vester and Selma Heathcock and Boe and Lillie Garrard.

Johnny was a member of the First Freewill Baptist Church of Guin and attended Hubbertville School. He was a lovable, country music loving, hardworking young man who always had a smile on his face. Johnny loved talking about Hubbertville and Alabama football. For many years you could spot Johnny running up and down the sideline cheering on the Lions. He never missed many games until he was unable to attend due to his illness. He remained true to his roots and the Lions. He will always be one of Hubbertville’s biggest fans.